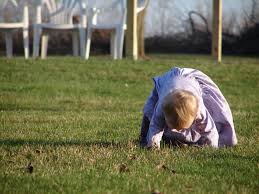 In the latest of Thomas Merton’s journal books, The Intimate Merton, his editor and secretary, Patrick Hart, reports that Merton realized he would not find God nor new, meaningful work in the Central American monastery he was hoping to found. After going hard after this new assignment, his superior in Rome said “no.” Merton found the decision painful but moved on—and found satisfaction from his expanded role as head of novices and in the “hard heart work” of finding God in the room where he woke up every day and moving forward – falling down, getting up, falling down and getting up again. And again.

REFLECTION: Do you see any connections between Merton’s career journey and your own?

Falling and Getting Up

In Calling Me To Live My Special Qualities and Characteristics..

As You Start Upon Your Way…

The Web is Only Part of the Solution

We Will All Be Better

The Job Market is Unfair

The Web Isn’t the Answer…

Receive news and ideas from us, including TranSpirations, messages about transition and spirituality, along with notices of upcoming events will be sent to you. Subscribe now.